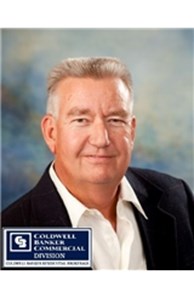 Hal is currently a Board Director on the K-12 Foundation for LHUSD#1, the Western Arizona Humane Society and the Kiwanis Club of Lake Havasu City. He is also a past president of all three organizations.

Hal is a past Director of the Lake Havasu Area Chamber of Commerce, and a past president and director of the Interagency Council.

Hal and his wife, Linda, moved to Lake Havasu City in 1987, when The Arizona Bank acquired The State Bank. After the bank was acquired by Security Pacific Bank in 1989, he left and purchased a part ownership in a local wholesale ice distributorship. He sold his interest in 1991, and obtained his real estate license. In 1992, he had the opportunity to join a new community bank, Mohave State Bank.

While at the bank, he was responsible for funding over 1,300 construction loans, and maintained a diversified commercial real estate loan portfolio. He and three other individuals started Horizon Community Bank in 2002. Hal was the bank's first Chief Credit Officer and oversaw and managed the bank's loan portfolio, including its heavy emphasis on commercial real estate. He left banking in 2009 to resume his real estate career. He has an extensive knowledge of Lake Havasu City and its real estate.