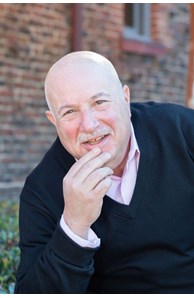 I am Michael Kaprielian, a full time licensed real estate professional. Today, I work with Coldwell Banker - one of the most progressive real estate companies in the world. I’ve also been lucky enough to team up with David Tapper - a top producer in the industry. Together, we bring award-winning marketing, superior negotiation skills, comprehensive market knowledge and professionalism to every transaction. And when I’m not showing properties, I can be seen on the Shasta Produce website showing you the latest and greatest in the produce world.

REALTOR, COLDWELL BANKER, BURLINGAME, Calif. 2010-2018 In an ofﬁce with some of the most successful agents in the industry, I unanimously received the highest 5-Star ranking from my clients who responded to the Coldwell Banker Customer Satisfaction Survey.

REALTOR, CASHIN COMPANY, SAN MATEO, Calif. 2007-2010 In 2007, I teamed up with my father, Mark Kaprielian, who from 1976 to today, has been a top producer in the industry. Using the knowledge gained, I went on my own in 2009 and in my ﬁrst year joined the top 25% in the ofﬁce for gross commission earned.

PRODUCE BUYER & MANAGER, CALMART SUPERMARKET, SAN FRANCISCO, CALIF. 1988-2007 In 1988, I was hired to replace a retiring partner in the company. Not much later, I took over the purchasing and marketing for one of the most well known and successful independent supermarkets in the industry. It wasn’t unusual to start at 2am and complete the day at 4 or 5pm, 6 days a week.

PRODUCE BUYER & MERCHANDISER, PETRINI’S SUPERMARKET CHAIN, S.F. BAY AREA, 1973-1988 Starting as a produce clerk in 1973, I was quickly recognized by management and brought up through the ranks as assistant manager, manager, merchandiser and buyer. In the later stages with Petrini’s, I managed 16 produce departments with over 125 employees.

• I’ve been blessed with a Son and Daughter who make me so proud.

• I’ve represented clients in virtually every City on the Peninsula.