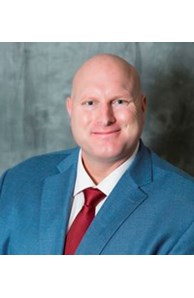 Zeb is a Southern California native, born and raised between Dana Point, Laguna Beach, and San Diego County. He currently lives in Mission Viejo. He lived the previous 14 years in both Laguna Niguel and Aliso Viejo. In the late 90’s Zeb received his Bachelor’s Degree from Chapman University in Health & Fitness Administration, where he played football for the Panthers.

Prior to joining The Godfrey Group, Zeb spent the last 12 years in financial services marketing. During that time he co-owned, helped build, manage, and open multiple offices in South Orange County. In his time there he was involved in sales, marketing, agent training, account management, customer service, and public speaking.

Zeb has enjoyed opportunities living throughout the United States and overseas. As a child he enjoyed living in the Philippines and in his mid-20’s he lived in Australia. He’s loves to travel both foreign and domestic. He also has a passion for animals, having grown up in a veterinary household. His greatest joy is spending time with his kids, enjoying any and all activities they do together.