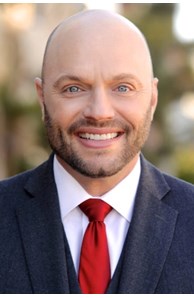 Achieving true distinction can only come from years of dedication and success. For over a decade, Erik Flexner has devoted himself to serving the Los Angeles luxury real estate market in destinations ranging from Hancock Park to Playa Vista for high-end clientele including celebrities and entrepreneurs.
With Erik Flexner, expect nothing less than a seasoned team of experts that will offer around the clock communication, unsurpassed market knowledge and a selection of tools and resources that enhance every step of the experience. Whatever your needs, rely on the expertise of Erik Flexner and the resources of Coldwell Banker International Previews to ensure that you get the most out of your luxury investment. The firm will offer the personal and professional attention you require, all the while maintaining and respecting your privacy and treating your transaction with the utmost integrity. The entire Flexner team is looking forward to hearing from you.

Erik and The Flexner Group
Erik was born in Israel to a Danish mother and American father. He has lived on four continents and speaks six languages. Early experiences on an Israeli Kibbutz and later in Israeli paramilitary training has taught Erik to think outside of the box. Other highlights include becoming a Rhodes Scholarship semi-finalist, working in the U.S. Congress, jogging with President Clinton, attending the Kyoto Summit, “The Longest Commute in the World” (ask him why), dancing as an extra for the Khirov Ballet, performing Brazilian dance at the Ford Ampitheater, The Kodak Theatre and the L.A. Theatre Center and founding one of the most successful Japanese networking organizations on the west coast. Erik is a big brother in Big Brothers Big Sisters LA. He has looked after his “little” for the past 12 years. He has four young children and is married to the marketing director, Jenna Flexner.
Ten years ago, he created his Property sales system which has resulted in the sale or leasing of over 350 Properties. The secret to The Flexner Group’s success lies in its innovative networking and marketing strategies. One client holds the record for the highest priced dollar per square foot sale in his zip code (over $1000/sf). Another client sold his property for $100,000 more than the asking price on the very first day. Success oriented clients seek Erik’s help because he is a skilled negotiator, innovative marketer and extremely well connected. Erik and his team are also hired by developers to advise, market and sell new home projects. Prior to beginning his career as a real estate broker, Erik owned his own automobile wholesale business in Japan. He was the #1 exporter among all Americans. At one point he ordered more shipments from Northern Japan than all of Toyota.