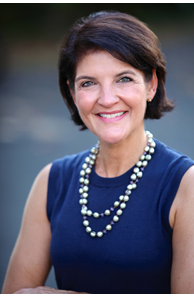 To provide the most useful, comprehensive, timely real estate services tailored to each client's needs. Ultimately my aim is to ease, as much as possible, the emotional and complex process of buying or selling one's home.

Debbie Knapp brings to the Kim Haley team her professional background working on Wall Street and a deep knowledge of Westfield and the surrounding areas. In the 22 years since Debbie moved to Westfield, she raised three children and became active in school events and initiatives. She has been an active member of the Westfield Service League for 13 years, working to support and strengthen her community. Her strong work ethic, compassionate approach and desire to provide exceptional service will make her a tireless advocate for her clients and create a positive and rewarding home buying experience.

The Kim Haley Team has distinguished itself as the leading team in the industry, ranking among the top teams in sales volume within the company and #1 in Westfield. With nearly 20 years of experience in the real estate industry, Kim Haley leads the team with her reputation as a hard-working Realtor with the intellect, knowledge, sensitivity, experience, and expertise to assist all of her clients in realizing their real estate goals. The Kim Haley Team has a predominantly referral-based clientele, which is a testament to these attributes. The Team has sold well over $400,000,000 of residential real estate in the last decade alone and the is growing to become unified and have a strong presence throughout the communities it serves -- from the suburbs of Manhattan to the Jersey Shore.

A testament to the team’s marketing success is the sheer variety and depth of its transactions: the team has marketed and sold homes of all styles, from luxury properties to starter homes, state-wide. Their loyal clientele lauds them in the industry for their brilliance in marketing and for facilitating the best possible sale for the seller. The Kim Haley Team consistently ranks within the list of top teams county-wide and nationwide every year, as well as holding many other honors year after year