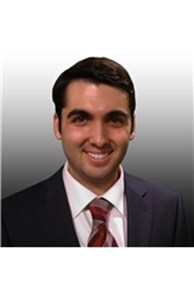 I have lived on the west side of Cranston for nearly my entire life. The only exception is a year spent as an Associated Press award winning television news anchor for the ABC affiliate in Elmira, New York. During my time at the station I managed the production of our 11PM newscast and doubled viewership.

I have been attending open houses since I was in the 7th grade. I used to read the real estate listings in the newspaper each Saturday and circle the ones I wanted to go to. Once I got my driver license at 16, a friend and I used to attend open houses around the state on Sundays. Even when on vacation I stop in at model homes in new subdivisions to see what is being built in that area.

I have always loved and been proud to say I am from Rhode Island. On any given day you can find me taking in all our great state has to offer, whether it be walking the new Rocky Point Park in Warwick, at Waterfire in Providence, or golfing in Cranston.

Why Work with Me?
As an award winning news anchor I understand the need to be honest and transparent as well as the need to be aggressive. Those are the qualities you also NEED to have in your agent. I am someone who will be diligent and walk you through each step of the buying or selling process while making sure you understand every step we are taking. I am someone who will be very loyal to you, and will do everything in my power to protect your interests on either side of the transaction.

B.A- Communications from the University of Hartford (West Hartford, CT)

2013 University of Hartford Excellence in Leadership

2013 University of Hartford Excellence in the Study of Media

Greater Providence Board of Realtors

Volunteer for CASA of the Southern Tier