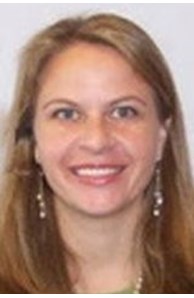 Robin was born and raised in New Jersey, attended Holy Cross High School and Gettysburg College where she played NCAA Division III soccer, studied abroad in Aix-en-Provence, France and in Bulawayo, Zimbabwe. Robin was a member of the Chi Omega sorority. Robin graduated college in 1998, with a degree in Business Management and French. She graduated with honors.

After college, Robin began her career as a sales associate forging relationships between large manufacturers such as Dupont and electricity companies to take advantage of the deregulation laws. Robin then obtained her law degree from Rutgers University in 2003 and worked as an Assistant Attorney General in Austin, Texas. Robin relocated to South Carolina in 2005 and practiced law for 15 years. After spending years helping families sell their homes as a result of divorce, Robin became a real estate salesperson. Robin is usually found spending time with her husband and children, watching a lot of baseball games, boating, playing tennis and serving her community. Robin has served as board member for the Good Friends of the Lowcountry organization and currently serves on her community homeowners association.