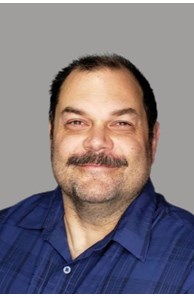 Hello, my name is Chris Commichaux. I grew up in Wellington, Utah. After graduating from Carbon high school, I attended CEU and became an auto mechanic for about 5 years. Later I worked for Hunter Engineering as a technical and training rep in the eastern Washington and northern Idaho area. Since I did a lot of traveling, I acquired my pilots license and later received my instrument, commercial, multi engine and flight instructor ratings. I enjoyed aviation very much and had enough flight time to work for the airlines. Unfortunately, this was in 2001 and commercial aviation became depressed after September 11. During that time there was a shortage of air traffic controllers so I went to college and passed all the testing and was hired as an Air Traffic controller in Grand Rapids, Michigan where I worked for about 3 years then transferred to Las Vegas where I finished my career. Air traffic control was an exciting career where it took fast thinking and problem-solving skills to survive in that environment. During my career ,I guided Air Force One and Air Force 2 through the skies many times and received several awards from the secret service for doing so. After retiring from air traffic my family and I decided to move to Santaquin Utah where I live today with my wife and 2 children (one in high school the other in middle school). I enjoy the outdoors, atv riding, fishing and hunting and spending time with my family. Now I am starting a new career in real estate and am excited to meet new people and to make new friends while finding people homes.