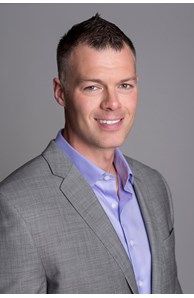 Jason was born in Lynchburg, Virginia to two amazing parents. His mother is a retired teacher and his father is a project manager in a construction company. He has a younger sister and an older brother. After High School he went to Lynchburg College for two years where he also played basketball and ran track. He wasnrsquo;t able to make up his mind what field he wanted to study so he transferred to a community college and obtained an Associatersquo;s Degree in Administration of Justice. While taking college classes he also joined a local Volunteer Rescue Squad outside of Lynchburg, Va. His time in the Rescue Squad helped point to a career with the State Police. He took a short break from school while attending the State Police Academy in Richmond. After graduating the academy in 2001 Jason relocated to the Northern Virginia area as a young Trooper. Once he got his career going he went back to school and got my bachelors degree from Bluefield College in Virginia.

After hopping around Fairfax, Arlington, and Loudoun Counties renting, Jason got his first glimpse of the Real Estate world when he purchased his first house in Potomac Falls, VA and began renovating it. Ever since he went through the home buying experience he made it a goal to get into the business

Outside of work Jason enjoys playing and watching sports. He was raised playing basketball, baseball, and running track and field. Today he plays softball for a Washington DC league throughout the year. He also spends time at the gym lifting weights and keeping in shape. He loves dogs; recently he rescued a German Shepherd named Jax.