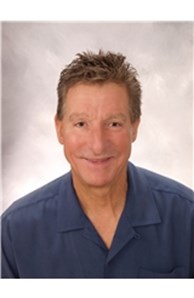 Gary has over 46 years of experience in real estate with 25 years of managing and selling bank REO's for Fannie Mae, Freddie Mac, Glendale Federal, PHH Asset management, and Countrywide. His service area ranges from the San Gabriel Valley to the Inland Empire. Gary's team includes 4 licensed real estate agents in addition to a full time transaction coordinator who is also a licensed real estate agent, notary public and bilingual in English and Chinese.

He was ranked as the number 2 sales agent in 1996 for total number of properties sold in the Unites States for the entire Century 21 system and was recognized with the highest level of achievement by being inducted into Century 21's International Hall of Fame. He was also Century 21's number 1 sales agent for gross closed commission in 1998, 1999, 2000 2001 for the Coastal Valley/Inland Region.

Since Gary joined Coldwell Banker, he has achieved the level of "Society of Excellence", which is the highest title obtainable. In 2007 Gary was ranked the number 1 sales agent for gross closed commissions for the Arcadia Regional Office, which was his fifth year achieving the #1 position. He was the Top Producer for the San Gabriel Valley in 2004 and has consistently been in the Top 100 agents which represent the combined rankings of Sales Associates from the Greater Los Angeles, Orange County and San Diego Companies.