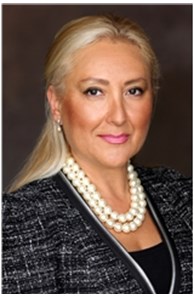 A little bit about Fay...

Fay Fata has over 22 years of Real Estate experience in addition to extensive knowledge of building, new construction, and short sales. As an owner of a successful construction company since 1985, Fay has a wide range of knowledge of the construction industry. Her degree in Engineering from London, has given her an analytical mind, and great problem solving skills, making her a strong resource in any real estate transaction. As a resident of the Calabasas and past resident of Bell Canyon, Fay Fata, has been a community member for years, and knows the “ins and outs” of the local community, specializing in Calabasas, Bell Canyon, Woodland Hills, Sherman Oaks, and Beverly Hills. Fay Fata is most commonly known for her motto, “I treat each transaction like I’m buying or selling” thus her clients always feel safe and comfortable under her representation. Fay is an ethical, trustworthy, experienced agent who knows how to close a deal where both parties win! As a mother of two, and loving wife, Fay loves to travel, golf, and has a passion for interior design and fashion. As a member of the National Alzheimer Association, Fay is a resource to her mother and others suffering from the illness. As a multilingual agent, Fay is able to work with people from around the globe, fluent in, French, Farsi, Spanish and English.Education and Training