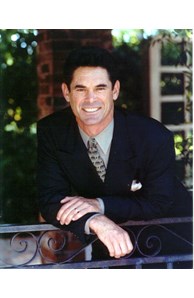 Barry Crotty began his real estate career in 1987 after graduating from the University of Oregon, he worked as a Realtor associate with his father at Crotty & O’Halloran Realtors in San Mateo. In 1992 Barry purchased the company and became Broker/owner of record until he sold it the end of 1995 and moved his family to Marin County. Barry continued in sales until 2007 when he was hired to manage sales offices for Pacific Union in Southern Marin and Frank Howard Allen’s office in Tiburon. After 5 years in management, Barry returned to sales at the end 2011 and has continued his work as a Broker Associate and a Certified International Property Specialist (CIPS) at the Greenbrae office of Coldwell Banker.

Barry has a long history of service to the Marin Association Realtors including serving on the Board of Directors, 2001-03 and becoming President of the Association in 2004, where he fought hard to prevent intrusive governmental regulations, requirements and restrictions on home sellers. He also advocated for issues important to the association including private property rights and fighting against unjust point of sale retrofit requirements for homeowners. He served as a delegate director of the California Association of REALTORS® from 2003-05 and was a Class B Director of the MLS BAREIS Board from 2005 – 2007. He co-chaired MAR’s Technology Committee, and served multiple years on the Strategic Planning, Government Affairs and Budget & Finance Committees, to name just a few.

Barry is also an advocate for his community and for the homeless. He considers his seven years of service on the board of directors for Homeward Bound of Marin and his past chairmanship of the organization’s real estate development committee among his most important community involvements. He currently supports Guild Dogs for the Blind delivering puppies to raiser families in 6 western states 4 times per year. When Barry is not working or contributing his time to community organizations, you can find him riding his bikes on the roads and hills in Marin and rowing in the morning with the Marin Rowing Association on the Corte Madera Estuary and San Francisco Bay