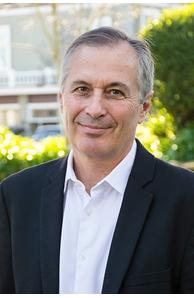 One of the top producing real estate teams in Marin County, Bob and his wife Pat help clients buy, sell, develop and invest in residential and commercial real estate.

Our business is structured to provide the highest level of service possible to our clients. We have a full time assistant to manage office workflow, and all of our time is spent working directly with clients to market and sell their properties for maximum return on investment, or find the perfect home that fits their needs. We are unique in that we also invest in and develop properties ourselves, and have successfully partnered with others to develop, build and sell new homes in Marin. This gives us expertise and in depth knowledge of how to best remodel a home; what it will cost; and where the best return on investment is, whether you are selling or buying.

Bob is a graduate of Northwestern University. He worked for 25 years in advertising, and honed his client service skills on major international clients such as Levis, Kraft General Foods, and Coors Brewing Company. He also owned his own successful advertising agency in San Francisco, and now applies those same marketing and service skills to helping real estate clients.

Bob started working in real estate in 2005, and quickly became a top producer in the company. He joined Coldwell Banker when they acquired Frank Howard Allen in 2012.

Bob was in the Top Ten Realtors Award Group for the last three years at Frank Howard Allen.

Bob and his wife Pat are heavily involved in their community. He was elected to and served on the Corte Madera Town Council from 2007 to 2015, and served as Mayor in 2011. He continues to serve as the Co-Chairman of the Twin Cities Coalition for Healthy Youth and  the Chairman of the Town's Bicycle Pedestrian Advisory Committee.

He has also been a Board Member of the Corte Madera Community Foundation since 2005, and volunteers for a number of other civic organizations as well.

Bob and his wife, Pat, also a realtor and part of the Ravasio Group, have lived in Corte Madera since 1990, and  raised their three daughters there. They live  in the same house they purchased in 1990 -then a two bedroom, one bath home, without central heat, no real kitchen, but on a great lot in Chapman Park. Four remodels and expansions later, it now has a very nice kitchen to support Bob's cooking and entertaining hobby, and even central heat.

An avid biker, Bob enjoys riding three or four days a week, including one long ride every weekend through West Marin. Besides being fun, it also gives him an intimate knowledge of micro-climates throughout Marin! He also enjoys backpacking, fly fishing, and hiking the trails of Marin and the Sierra.