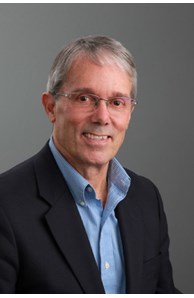 Rick started his real estate career in 1975 in the East San Francisco Bay Area. He was born in Hermosa Beach, California. He has lived in a number of places throughout California, New Jersey, New York, and even Guadalajara, Mexico, where he learned fluent Spanish. He has called Spokane home (with his wife, children, and now grandchildren) since 1992.

A varied work experience has included electrical engineering and production control at the North Face factory in Berkeley (where he met his wife, Alice, who grew up in Brazil, and he subsequently learned to speak fluent Portuguese). He then moved into a real estate career in the San Francisco East Bay area. His Porsche racing encouraged him to buy a Porsche-Audi and VW dealership with partners where he was the general manager. This led to sales and sales management positions at Beverly Hills Porsche Audi, then back into real estate with Marcus and Millichap, an investment real estate firm in Long Beach, CA.

Once their children were in school, he and his wife started Integrated Composition Systems, a book composition and prepress company that continues—under Alice's guidance—to serve university presses and other academic publishers.

Rick loves building, creating, and problem-solving. With his son, he has built a kayak, a 23-foot gaff-rigged schooner, and restored a 35-foot ocean-going aluminum junk-rigged schooner. He then turned to solve the traffic congestion he knew from Southern California. See:http://www.commutercars.com. Rick's passion for introducing this car design that will transform commuter transportation continues, but as it's virtually impossible to start a car manufacturing company without massive investment, Commuter Cars has become a hobby (definition of hobby: a business without an income). He continues to work with state legislatures to provide this innovative Tango car the same benefits that motorcycles enjoy while continuing to look for investors who see the potential for changing the world of personal transportation.

He’s excited to be back in real estate with Coldwell Banker Tomlinson, where he works with a superb team supporting all his real estate experience, including residential, commercial, and industrial sales and investment. He’s licensed in, and is actively engaged in brokerage in California, Washington, and Idaho.