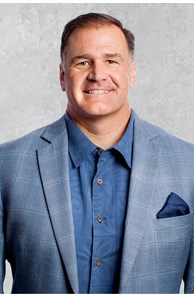 About Me
John Yasko is a top-producer at The Smith Group, where he specializes in coastal Orange County properties, with an emphasis on the north side of the bay in communities of Newport Beach's Dover Shores, Newport Heights, Cliffhaven, and Eastside Costa Mesa.  He also serves as a Director and Treasurer on the board of the Newport Beach Association of Realtors.  John continually earns the long-term loyalty of his clients by utilizing his extensive background in corporate sales management and negotiations for his clients’ advantage while maintaining outstanding client service. His proven track record with buyers, sellers and investors has earned him widespread recognition from both his clients and the Coldwell Banker Corporation. He is an active member of both the California Association of Realtors and the National Association of Realtors. Prior to joining The Smith Group at Coldwell Banker Realty in 2009, John was a Regional Manager of Sales and Operations for a Forbes Top 25 corporation, where he was awarded multiple prestigious distinctions including the President’s Award. John earned his Bachelor of Science in Finance and Business Economics from the University of Southern California’s Marshall School of Business with an emphasis in Real Estate Investments. Outside of a successful career, John remains active within the local community and is a graduate of the Newport Beach Police Department’s Citizen’s Academy. John and his wife have raised three children in Dover Shores. His wife and children all were athletes at Newport Harbor High School.  All three children played Division 1 sports in college, and his youngest daughter was valedictorian at Newport Harbor High School and attends Columbia University in NYC where she also competes as a swimmer in the Ivy League.

Education and Training
John earned his B.S. in Finance with an emphasis in Real Estate Investments from the USC Marshall School of Business in conjunction with the USC Lusk Center for Real Estate.

Personal Background
John currently resides in Newport Beach with his wife and three children. He met his wife at the Spaghetti Bender restaurant on West Coast Highway while attending college. They married at St. Andrews Presbyterian and purchased their first home on the eastside of Costa Mesa in 1993.

Community Involvement
John has been a volunteer and financial supporter of various local and national organizations including but not limited to the United Way, Meals on Wheels, Boys and Girls Club, Girl Scouts of America, Boy Scouts of America, Friends of Huntington Beach Junior Lifeguards and National MS Society.

Awards And Designations
As a top salesperson and manager, he has been the recipient of multiple sales awards, Presidents Awards, Exceptional Achievement Awards and has received countless customer service awards at a company that has been recognized as an industry's best in customer service by J.D. Powers and Associates over the last decade.