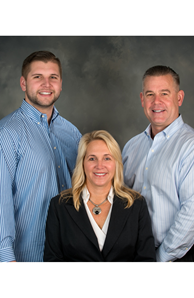 About Britt and Barbara Johnson

Britt and Barbara Johnson have been actively selling residential and investment real estate in Marin and Sonoma counties for nearly 30 years. They are currently licensed sales agents with one of Marin and Sonoma Counties exclusive brokerage firms, Coldwell Banker Residential Brokerage.

Over the past several years, Britt and Barbara have been in the top one half percent of all agents in Marin and Sonoma counties. After earning several accolades with Frank Howard Allen from 1993-2000, as one of their elite agents, Britt moved on to Provident Real Estate in 2001 and was joined by his wife, Barbara. Provident Real Estate merged with Alain Pinel Realtors where they remained until 2016. From 2004 thru 2015 they have exceeded over 270 million dollars in sales. In the past five years alone they have sold over 260 homes that have exceeded nearly 140 million in sales.

Britt and Barbara’s continued success is a direct result of their expertise and knowledge, their enthusiasm and dedication as well as exceptional customer service that is second to none.

If you want competent and professional agents, who listen and truly care about their client’s needs and goals, who get continuous results, then you want Britt and Barbara Johnson.