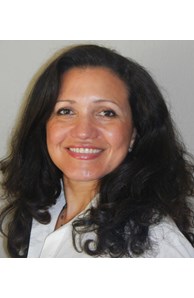 Norla''''s love for Real Estate, dedication to her clients, constant commitment to excellence and up to date market knowledge, results in a smooth, stress free home buying and/or selling experience. Norla is currently with Coldwell Banker since joining in 2016. As a full service agent Norla specializes in the San Francisco East Bay area, which includes but not limited to Orinda, Moraga, Lafayette, Walnut Creek, San Ramon, Danville, Alamo, Concord, Martinez, Pleasant Hill, Clayton, Oakland and Piedmont  Norla is a long-time resident of the Lamorinda. Having relocated from the East Coast with her husband and two sons Norla knows first hand the challenges and concerns of families considering a move.  Additionally, Norla is passionate about volunteering in her community. Norla supports local elementary schools, in the Lamorinda area as well as her church and is also actively involved with Habitat for Humanity.Norla graduated from Kean University in New Jersey with a BS in management and international business. She also attended the University of Salamanca in Spain.

She is a Certified Specialist in Senior Living and Short Sales.