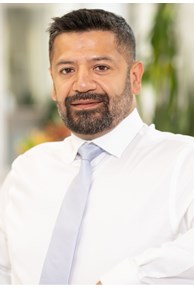 After several years as a successful real estate investor, developer, and entrepreneur, Lex Montiel joined Coldwell Banker Commercial NRT in San Francisco as a commercial real estate broker. Mr. Montiel continues to own real estate investments in San Francisco and the iconic San Francisco bar, the San Francisco Eagle in the SOMA neighborhood. Mr. Montiel is a founding member of the Eagle Plaza, a street plaza unique in the world dedicated to the LGBTQ leather community.
Mr. Montiel was born in Mexico City in 1971. He arrived in San Francisco in 1991 as a Computer and English language studies student from Madrid, Spain. He continued his studies as an Interdisciplinary Art Major at The San Francisco Art Institute. His studies there included Painting, Photography, Printmaking, and sculpture in 2000. In 2001 his business experience funded a Franchising company in the city of Leon, Mexico. In 2008 he purchased the Goodwill Store building at 2279 Mission Street as an investment and pursued a more extensive property redevelopment. In 2013 Mr. Montiel re-opened the historic San Francisco Eagle in the SOMA neighborhood to much acclaim. The bar has thrived ever since and has become an enthusiastic supporter and patron of several local charities.
Mr. Montiel's substantial business acumen in the SOMA, Mission, and Castro districts gives him a unique understanding of those neighborhoods' entrepreneurial fabric. He currently also has an investment property in the Castro District. He brings a wealth of this experience to assist landlords and tenants in negotiating leasing and sales/investment transactions in San Francisco and Mexico.
He is a member of the national Coldwell Banker Commercial Global Corporate Services team led by Ben Gilliam and Jon Tester. This team has transacted $5 billion in corporate real estate and over 3500 transactions across the country in the last 20 years. The team handles real estate acquisitions and dispositions for all Realogy brands includinSotheby's’sincludinSotheby's's Coldwell Banker, Coldwell Banker Commercial and Title Resource Group (TRG), and its more than 40 brands across the United States.