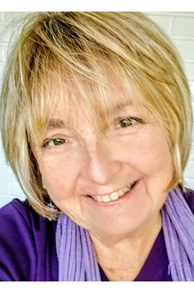 Alice is a consistent top producing beach area agent in the Marina del Rey/Venice office of Coldwell Banker. She has been in top 5 of all agents in office for years. Her designations include Top 50 Westside Agents for Coldwell Banker, Top 100 Agents Southern California

Alice is an expert stager and home design consultant, and has extensive photography and media experience from her film and television background. And her training in UCLA's Entrepreneurship program has given her expert marketing skills to obtain top dollar for her listings.

One of the Westside's foremost real estate agents

With a background in real estate, journalism film production, Venice office #1 agent Alice Plato combines unique skills to transform lifestyles on the Westside. Her creative approach to marketing - a process of "storytelling" - gives her clients a distinct impressive advantage. Alice views each listing through the lens of story, presenting a home so potential buyers can imagine their lifestyle being transformed within it. The results are clear: Alice's listings typically sell far above any others in all markets she sets her sights on. This creative sales approach has won Alice the number one ranking in Coldwell Banker's Venice/Marina del Rey office and is in the top 1% of all agents nationwide. She has also been named "Super Agent" by Los Angeles magazine, appeared on HGTV's House Hunters, and holds advanced degrees in film producing and entrepreneurship from UCLA. "Real estate is a journey," says Alice. "I am passionate about helping people move from one life stage to the next on this journey."