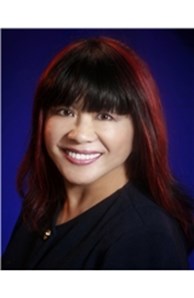 Personal Background
Li came to the US from Taiwan on an academic scholarship from the Univ. of Rhode Island. After completing her masters degree in Pharmaceutical Science, Li moved to the Bay Area where she worked for several years as a pharmacutical researcher. She began her real estate career in 1989.

Professional Experience:
Li started her real estate career at Century. There, she earned the Centurian Award for sales production - an award that is bestowed only to the top 1% of all Century 21 agents. Li began her affiliation with Coldwell Banker (then Cornish & Carey) in January of 1997. She has received the prestigious "International President's Elite" award for top production (top 1% locally and nationwide)for for the last 6 consecutive years.

Professional Philosophy
I strongly believe in the practice of assembling a strong team of professionals. A team aproach allows a group of individuals , all with uniques skills sets, to work as one highly efficient unit. Should you choose to hire me, you will also be hiring my Buyer's Agent, Homa Nazhand, our Office Manager, Albert Wang, and Special Project, Ivy Yen. Together, we have developed a very non-traditional marketing strategy that is highly effective at getting homes sold quicker and at top dollar. As team, we strive to make the process of selling your home a painless and profitable experience.