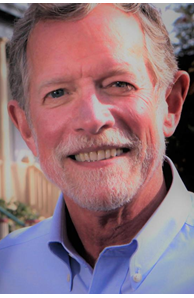 Born and raised in New York outside of Manhattan, I graduated from Washington Lee University in Lexington, VA with a Bachelors Degree in Journalism. Moving to the Washington metro area I enjoyed a 30 year award winning career in broadcast and cable television. My desire to spend more time in the incredible neighborhood of Capitol Hill led me to become a realtor in 2003.

I have lived on Capitol Hill since 1988 and bought and sold several properties in the neighborhood until settling into my current home near Eastern Market in 2000.

Memberships include CHAMPS (Capitol Hill Association of Merchants Professionals), the Capitol Hill Restoration Society and the Congressional Cemetery K9 Corps. I am also a former Advisory Neighborhood Commissioner in ANC6B.

Click the icons below to view my monthly newsletters

My business philosophy is based on the basic premise of listening to my clients and acting on their behalf to the best of my ability.Designations

I graduated with a BA degree in Journalism from Washington Lee University and enjoyed a 30 year career as a writer, producer and director in the broadcast and cable industry and was member of the local Board of the National Association of Television Arts Sciences (NATAS) and a member of PROMAX (Promotion Marketing).

In 2003 I became a realtor in the Washington DC Metro area and am licensed in DC and MD.