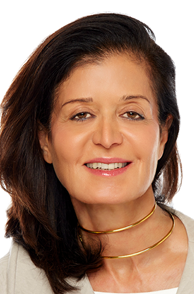 International Society of Excellence  What's this?

After joining Coldwell Banker, Lili has earned the status of Vice President and is a member of the President Elite. She is consistently sought out by major publications including the Wall Street Journal, New York Times and Boston Globe for her sharp insights to the Boston Real Estate market. She was recently ranked in the top 250 Realtors Nationwide by volume according to Real Trends/Wall Street Journal report.

Lili has achieved the highest price per square feet in the Back Bay. She has been a resident of Boston for over 30 years.