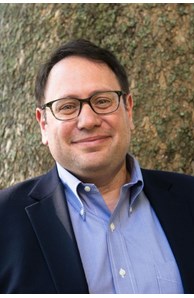 Business Philosophy
Alec Schwartz, the Broker/Owner of the Alec Schwartz Team, is committed to representing buyers and sellers with their real estate needs in Philadelphia and the surrounding Pennsylvania suburbs. Deep knowledge of Center City and surrounding neighborhoods in Philadelphia, combined with specific expertiese in key municipalities in Delaware, Montgomery and Chester counties allows us to assist buyers and sellers with making the transition between urban and suburban environments.

In addition, Alec Schwartz has completed classes for the Accredited Buyer's Agent designation offered by the National Association of Realtors and coursework for certification as a Commercial real estate specialist.

Areas of Expertise
Alec Schwartz is skilled in residential and commercial real estate transactions. Since starting full time in real estate in 2002, Alec has sold several hundred properties in Philadelphia and the surrounding Pennsylvania suburbs. In an industry where the average agent sells 3 properties per year, Alec sells dozens of properties year after year and has accumulated transactional experience that many agents will not achieve in their entire careers.

Alec Schwartz is an active member in the community having served on the Principal's Advisory Board for the Rose Tree Elementary School in the Rose Tree-Media School District since 2005. During that time the school has seen their PSSA score ranking increase to 2nd in the state and was named a National Blue Ribbon School in 2011-12.

Alec also is the Race Director for the OyVey5K/Double OyVey10K, a run supporting Congregation Ohev Shalom in Wallingford, PA. In it's first year, the event successfully raised money to support education for famies with need in Delaware County.

From 1999-2006, Alec served on theHome and School Association for Friends Central School in Wynnewood, Pennsylvania.

From 1988-2004, Alec served in many roles as an active member of the Alumni Association for the Montclair Kimberley Academy, including two terms as treasurer for the Alumni Council, and several years as the Class Agent.

Alec Schwartz was born in London, England, and grew up in Montclair, New Jersey, just 20 minutes from Manhattan. He went to the University of Pennsylvania and has been living in the Philadelphia area ever since.

Alec is a Lifetime Weight Watchers member and officially lost 100 pounds. In recent years, Alec started running regularly, and has completed one marathon, multiple half marathons and 5Ks, as well as a triathlon.