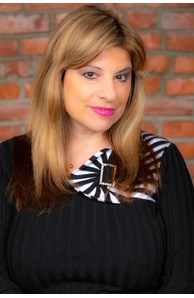 Living and working in Center City Philadelphia for 20 years has been a great experience. I know every pocket of the neighborhoods and streets of Philadelphia. Some of my greatest achievements are:

In 2018 , I received the International Diamond Award . 2017, I received the President's Circle Award and top sales associate in the Center City Office. Also, in 2017, I sold one of the most expensive homes in Center City PA. I was ranked #2 Top Agent in the Philadelphia County. Top sales associate in 2010 and 2011. Most listings sold company wide in 2010, total units sold and most controlled buyer sales in 2010. Achievers Award Winner 2009. Sterling Award Winner 2007 and 2008. Former Listing Agent for a 267 Unit condominium building called The Phoenix in Philadelphia. Selling out The Phoenix (a 67 million dollar listing) turned this project in to one of the best selling condominium projects in the City of Philadelphia. Let my extensive knowledge and training expertise do the work for you. I know I can find you the perfect home, or business in Philadelphia. Let me take care of all the negotiations to find you the best deal .

Real Estate is my passion. Call me for your free consultation with me.