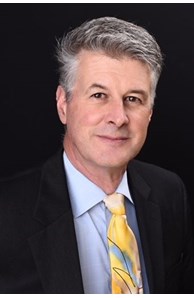 Joel Braswell has helped clients purchase well over 1,000 homes. A broker and former company owner, he has an extensive background in relocation and new construction.

Patient and thorough, Joel takes great care in explaining the buying and selling experience to prospective clients. He is committed to treating clients and prospects like he would want to be treated if he were in their shoes. Thanks to this philosophy, he is proud to call many of his past clients friends who’ve returned several times and who have been the source of many referrals.

Having started in real estate in the mid 1980's selling new construction for builders, Joel and his team developed a word-of-mouth following that grew into a very successful but small firm. Ultimately, he saw that their company needed access to the wide range of services that only a large company could offer and merging with Heritage Texas Properties (who has twelve offices throughout Greater Houston and the near Hill Country) proved the logical choice.

Freed from management responsibilities, Joel’s sales statistics have grown, and his list of devoted clients has lengthened. Known for his honesty and candid real estate advice, Joel has been ranked individually among the company’s top producer’s year after year.

Joel is an avid outdoorsman who enjoys hunting and fishing and is ready to go any time but also makes time for his number one priority, his daughter.