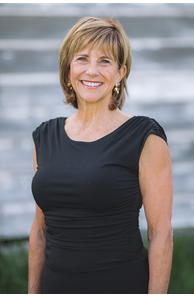 Marny has been a Park City resident and REALTOR® since 1992. She decided to pursue a career in real estate after moving to the area from Stowe, Vermont. Thrilled with the opportunity, she quickly became one of Park City’s Top Producers. The words “Schlopy” and “skiing” have gained close association in Park City, as their son was recognized internationally as a ski racer on the World Cup circuit, and their daughter Keri is an NCAA champion who won her title at the Park City Mountain Resort. Marny and Kent’s married children, and four ‘talented and darling’ grandkids all live in Park City and work with Team Schlopy.

Marny is a very active sports enthusiast in alpine and skate skiing, golf, biking, spinning classes and hiking. She feels fortunate to actively live and sell the Park City lifestyle.