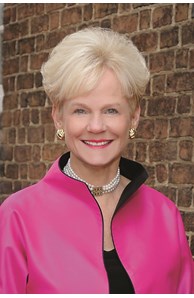 Personal Background
A lifetime resident of Alexandria, Donnie is a graduate of Saint Agnes Episcopal School and The College of William and Mary, where she earned a B.A. in Political Science. While attending William and Mary, she was the women's tennis singles champion and captain of the varsity tennis team for three years. She was named in Who's Who Among Students in American Colleges and Universities. Following graduate study in Urban and Regional Planning at George Washington University, Donnie was a City Planner for the City of Alexandria prior to entering the real estate field.

Business Philosophy
Donnie is highly regarded for her integrity, gracious professionalism, extensive knowledge of the market, attention to detail and enthusiasm.
Donnie's total and absolute commitment to her clients, coupled with her high ethical standards and superior negotiating skills, make her an outstanding selection as your REALTOR!