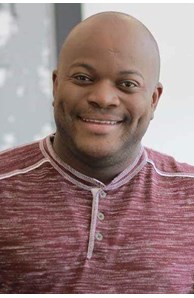 Mathematician Jose Angel Manaiza, Jr. is known as “The Tutor to the Stars” from Malibu to Beverly Hills. He coaches the children of Hollywood celebrities to the highest levels of success. Mr. Manaiza has currently coached over 1, 2000 students including NCAA student-athletes from schools such as UCLA, to excel intellectually by coaching a speed-reading system endorsed by three American presidents. He is a highly sought after success coach who helps his clients achieve their life goals in all areas of success. His extraordinary system of learning and excellence has been honored in the White House.

In 2012, he was crowned as District 1 International Speech Contest Champion and was ranked in the top 18 speakers in the world as a World Champion Of Public Speaking Semifinalist who placed 2nd place in Orlando, Florida with his speech entitled "THE POWER OF OUR WORDS": http://www.tinyurl.com/YourWord

He has served as The Speakers Program Director for The California Women’s Conference, the world’s largest conference for women with past keynote speakers such Oprah, Laura Bush, Michelle Obama, Les Brown, Dame Mabel Katz, Norma T. Hollis, and Arianna Huffington. He has a track record of coaching business professionals to pass both California Real Estate Salesperson & Broker's Exam the first time they take it. Dame Michelle Patterson of California Women's Conference said “The
5 to THRIVE Program is based on having balance in
5 areas: 1. Physical, 2. Finances. 3. Social 4. Career. And
5. Community. When it comes to career, learn from the best how to pass any test required for an new job. Mr. Manaiza will show you the way to success starting your new career in Real Estate”