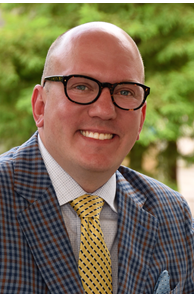 Welcome to My Profile!

Adam is a lifelong resident of Cincinnati and has been a real estate agent since 2013. He is a Cum Laude graduate of Xavier University. Six months after graduating from college, Adam bought and restored his first investment property. His restoration work has since been featured on local home tours and in the news. He has received an award by the Cincinnati Preservation Association for his work and has even been called a “serial house restorer” by the Cincinnati Business Courier and was featured on HGTV’s House Hunters. His interest in restoring urban and historic properties has brought him to his current home a Queen Anne Victorian which he restored in the historic Rose Hill Subdivision of North Avondale. In addition to his real estate business, Adam owns and manages his own residential rental properties, which has contributed to his unique experience as a real estate agent. He is is rated in the top 3% of the Cincinnati Area Board of Realtors with an average of a closed transaction every 6 days. He has received 10 consecutive Circle of Excellence Awards from the Cincinnati Area Board of Realtors to date.