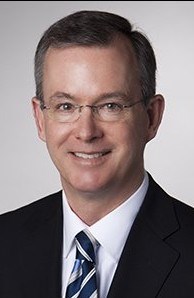 Scott Davis, CCIM entered the real estate business in 1984. He is a member of the SC Chapter of the CCIM (Certified Commercial Investment Member) Institute and specializes in sales and leasing of office and retail properties. He is a member of the Central Carolinas Realtors® Association (CCRA), as well as the South Carolina and National Realtors Associations. Locally, Scott has served and/or chaired many committees for CCRA including Bylaws, Legislative, RPAC, Contract and Professional Standards. Scott taught Code of Ethics to new Realtor candidates from 1996 - 2004. He also served on the CCRA Board of Directors, received The President’s Excellence Award in 2003 and was named Realtor® of the Year in 2006. Scott has also served on and chaired the Professional Standards Committee for the South Carolina Association of Realtors and has served as a Director.

Scott is active in his community. He has been a member of the St. Andrews-Irmo Sertoma Club since 1985, served as its President in 1992 and again in 2012, and has been recognized with numerous awards. He participates as an assistant auctioneer for numerous charitable events and has helped raise millions of dollars for many worthy causes. Scott is also a member of the Columbia Home Builders Association, Columbia Chamber of Commerce, St. Andrews Leadership Roundtable and the Executives Association of Greater Columbia.